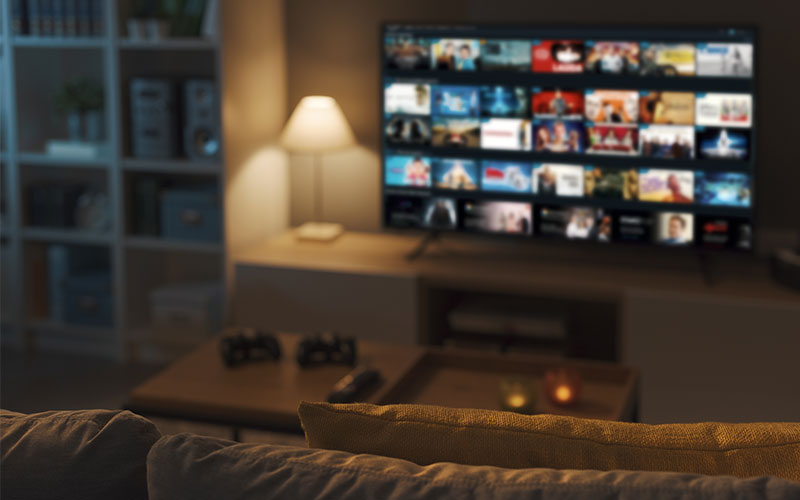 When your streaming services and your devices are playing nicely together, it’s a dream! Everything’s just working, so when you sit down at the end of the day to enjoy your favorite show, it’s all ready to go. But what about when your Hulu app is not working on a Samsung TV?

There could be a number of reasons that your Hulu and Samsung TV aren’t getting along, and the following fixes will cover most of them. If none of the following things work, we’ll offer some additional things you can try at the bottom of this page, but chances are that you’ll be back to streaming to your Samsung TV with Hulu before it gets to that point. Here are some things you can try when dealing with Hulu not working on Samsung TV.

Hulu Not Working on Samsung TV? Try This First…

The first suggestion of what you should try when your Hulu isn’t working and you have a Samsung TV comes directly from Samsung itself. Samsung suggests that you do a cold boot of your TV. If you don’t know how to do that, here’s how.

What is cold booting a Samsung TV? A cold boot is when you completely cut power to the TV. Turning off the TV isn’t the same thing, because when you simply press the power button on your remote or on the TV, this is putting it into a stand-by mode. Cold booting the TV is like getting a long, refreshing night’s sleep instead of just a quick power nap.

How to Cold Boot a Samsung TV With the Remote

Do you have your Samsung TV’s remote handy? The easiest and fastest way to cold boot a Samsung TV is to press and hold down the power button until the TV shuts itself off and then turns itself back on again. This should only take a few seconds, usually 5 or 10 seconds. Once your TV turns back on, the cold boot has been completed successfully.

How to Cold Boot a Samsung TV With the Plug

If you don’t have the remote handy, all you have to do in unplug your TV from the electrical outlet for about a minute, although 30 seconds will suffice. After that, plug it back in and turn it back on.

Cold booting can help to give your TV a bit of a breather, for lack of a better word. If Hulu isn’t working, like if Hulu is freezing or loading too slowly or having other issues with your Samsung TV, this should have taken care of it, but if not, there are plenty of other things you can try, so keep reading and don’t give up!

If your Hulu app still isn’t working on your Samsung television, the next thing you should try is updating your TV’s software/firmware.

Smart TV’s have come a long way from those big, old, square boxes that used to occupy our living rooms. Back in those days, for all intents and purposes there was no such thing as “updating your TV’s software”, so if this concept is kind of confusing – don’t worry!

Your Samsung TV has a special piece of software that runs it. This software controls the menus, and all of the various other features of the TV, including how the TV interacts with other apps that you can install on it – like Hulu for instance!

So, if you have updated software on your TV and you’re trying to run a newer version of an app like Hulu on your Samsung TV, sometimes you’ll need to update your TV’s software to make it compatible with a particular app. Beyond that, it’s just good practice to keep your software relatively up to date, especially for devices that connect to the internet like a smart TV.

If it works, you’re all set! But if Hulu still isn’t working with your Samsung TV, move on to the next idea. It’s very unlikely that none of the fixes on this page will solve your problem, so even if it’s frustrating to try something and to have it not work, just stick with it – you’ll figure it out!

Try Reinstalling The Hulu App On Your Samsung TV

It’s possible that the data of your Hulu app itself is the issue here, so by uninstalling and then reinstalling the Hulu app, you’ll be able to rule this out as the cause of the problems. If you’ve had your TV for a while, you probably know how to remove an app and how to download an app, but here’s a refresher for anyone who needs it.

How to Uninstall Hulu from a Samsung TV

Now that Hulu is uninstalled, go back to “Get more apps” or however you usually install a new app, and search for Hulu, and install it again. This will give you the latest version of the Hulu app, and it will give you a fresh installation, so we can rule out the app itself as the cause of the problem.

If nothing has worked yet, you’re not completely out of luck, there’s still a few more things you can try but they’re going to start to become a bit more involved.

For example, you can reset your Smart Hub, but you’ll have to spend a bit of time ensuring that you have your log-in information saved for the various apps and services that you have connected to your Smart TV, since you’ll lose your customization and it’ll be like when you first setup the TV.

If you have a lot of different apps and streaming services connected, it can be a bit of a nuisance to download them and then to log-in to them again. So, you may want to exhaust all of the easier options before moving onto this one.

How To Reset Your Samsung Smart Hub

The way to reset your Smart Hub will depend on which year your TV was released. If you aren’t sure, just try the first option (2018 and earlier), and if the instructions don’t match with what you see on your TV screen, try the next option (2019 and later).

The next step is to enter the PIN for your TV. Most Samsung TV’s will have a default pin of “0000” (that’s four zeroes).

If the default Samsung TV pin doesn’t work, you could have changed your PIN to something else, or someone else may have done so before you owned the TV. If “0000” doesn’t work, consider that you may have changed it at some point and enter that PIN instead.

After you’ve gone through the reset process for your Smart Hub to resolve Hulu not working on Samsung TV, you can download the Hulu app again, enter your log-in information, and see if it’s working smoothly now. If not, don’t worry, there’s still more that you can try.

You can log-in to your Hulu account on your smartphone, your laptop, your desktop computer, or another device and check how many other devices are currently logged in. You can also ensure that your account is active.

Whether or not this is the solution to your problem depends on what’s wrong and why your Hulu app isn’t working.

Check Your Cables When Hulu’s Not Working on Samsung TV

Could there be an issue with your HDMI cable, or however you’re connecting your TV? If you have a media player like an Amazon Firestick, an Apple TV, a Roku, or something else – it’s possible that there’s a problem with your HDMI cable that’s preventing you from getting sound or video, so that could be why you’re dealing with Hulu not working on Samsung TV.

This isn’t the most likely option, but if you’ve tried everything else, it’s worth trying an HDMI cable that you know works for sure – or testing the cable with another device to eliminate this as a possibility.

Hulu Not Working on Samsung TV: Final Things to Try

What’s wrong with your Hulu app, specifically? If none of these suggestions have helped, we’ll need to know exactly what’s wrong.

If you’re getting an error message, try doing a search for that specific error message. If you reach out to us, we’ll see if we can get our writing team to create a guide for you, and then we’ll email you back once it’s ready.

If the Hulu app was crashing your Samsung TV when you tried to open it, one of the above options should have done the trick, but if you’re still having the same issue, let us know and we’ll see if we can find any additional solutions to your Hulu/Samsung TV issues. The same applies if you’re having freezing or crashing issues with your app.