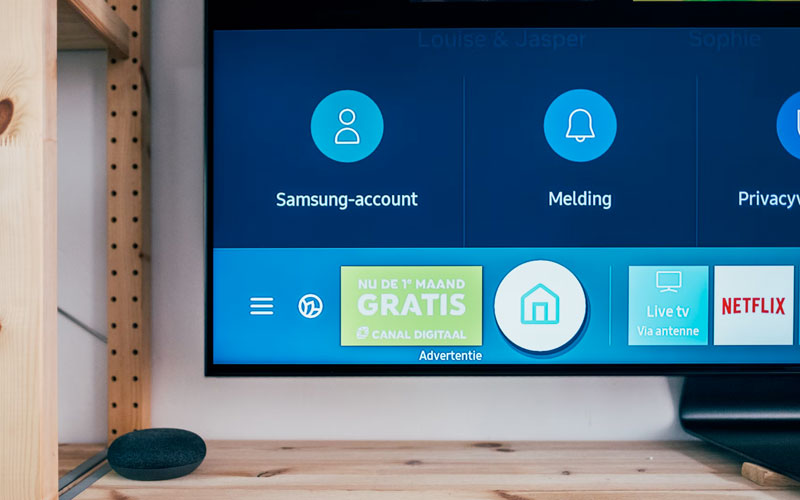 The company Vizio was founded in 2002 in California. They’re most well-known for making affordable televisions, along with audio equipment like soundbars to go with said TV’s.

When people see brands like Sony, Samsung, LG, Sharp, and a handful of others, there’s a certain amount of trust that comes along with, knowing these big brands have been around for decades and have a track record of making pretty decent stuff.

Even if there are problems with these huge brands sometimes, they’re usually pretty good. But what about Vizio? They came out of nowhere about 20 years ago and started making some of the least-expensive TV’s that people had ever seen.

Here’s what you need to know about who makes Vizio, if their TV’s are worth buying, and some additional information that they might not tell you on their own website.

Vizio TV’s are made by AmTran in a lot of cases. This is a company in Taiwan who owns a number of huge factories, but they aren’t responsible for 100% of Vizio’s products.

Many of Vizio’s televisions are also made by a combination of seven different brands and the parts they produce. These brands include Foxconn, BOE, Innolux, Tonly, TPV, Zylux, and KIE.

If you haven’t heard of these brands, that’s normal – but they probably make a majority of the stuff that’s in a lot of your tech!

There are a number of different parts that go inside each and every Vizio television, and most of them are made by all different companies.

When you see a TV with a particular brand on, that single brand didn’t make all of the parts for the TV. In fact, TV’s made by Sony, Samsung, etc could have some of the exact same parts inside of them!

Foxconn, for example, also makes a lot of parts and products for Apple, which is another big tech company that’s based in California using parts and factories all around the world – like Vizio!

But just because a Vizio TV and a brand like Sony or Sharp could have similar parts suppliers or are made in similar factories, that doesn’t mean they’re the same quality.

You can’t just go and buy a $300 Vizio TV and expect it to be exactly the same as a $2000 Sony TV, right? That goes without saying. In some cases you are paying a bit extra for a known brand, but that’s not always the only difference.

Here is who makes Vizio:

Why Are Vizio TV’s So Cheap?

Vizio TV’s are cheap because they keep their costs down, they don’t have massive marketing budgets like some of their competitors, and they don’t always use the absolute most ground-breaking and most in-demand panels or parts.

The latest and greatest types of panels (the “screen” on your TV) are always in super high-demand and call for a premium price. If Vizio waits a year or two to get these into their TV’s, they can save a lot of money and pass those savings on.

The average household consumer just wants a big, bright TV for a good price so they aren’t always worried about the finer specs or the specific panel they get – and Vizio has tapped into this.

Vizio is known as a cheaper brand of electronics, mainly televisions. Their prices are so low that people will often wonder if they’re even worth buying, especially a 10-15 years ago when they were still a lot newer and people hadn’t heard of them.

Imagine you walk into an electronics department to purchase a new television and you see a new brand for hundreds of dollars cheaper than the others, with similar size and specs. You’re probably going to be a bit skeptical, right? That’s normal, and maybe that’s why you’re here today researching this topic!

Unfortunately, it’s not possible to give a blanket statement like “All Vizio TV’s are a great value”, because it really depends on what you’re looking for. Also, they’ve come a long way in recent years, too.

Another reason Vizio TV’s are so cheap is because they don’t put a huge emphasis on all sorts of bells and whistles. They make simple, decent TV’s for the average household and there’s a huge likelihood that you’ll be super happy with your purchase, especially if you aren’t super into having all the most groundbreaking specs and features – thinks that most people won’t even notice.

Where Are Vizio TV’s Manufactured?

Are Vizio TV’s Reliable? How Long Will a Vizio TV Last?

Vizio TV’s are pretty reliable, and they should last for many years! Some folks say the lifespan of a Vizio TV is around 5-8 years, but it can also depend on a number of other factors. If you live in a very humid climate, your TV’s and other electronics might not last as long. If you live somewhere super hot, the same is true.

Heat and humidity can be very rough on electronics, but that doesn’t mean that your Vizio TV won’t still last you many, many years.

Vizio TV’s are affordable because they don’t use the most expensive parts, and because they keep their costs low. However, that doesn’t mean their TV’s aren’t reliable.

Now You Know Who Makes Vizio!

Now you know that Vizio is an independent company whose TV parts are manufactured by a number of different brands/companies, depending on which Vizio TV you’re looking at.

They have some very affordable TV’s, and they also have lines of higher-end TV’s that cost more and have more features. So, whether you’re looking for an affordable TV that’s going to get the job done without any fancy extras, or a higher-end televsion, Vizio has something in their line-ups for you.

The companies listed above are who makes Vizio, and it’s a lot of the same companies that make parts and manufac