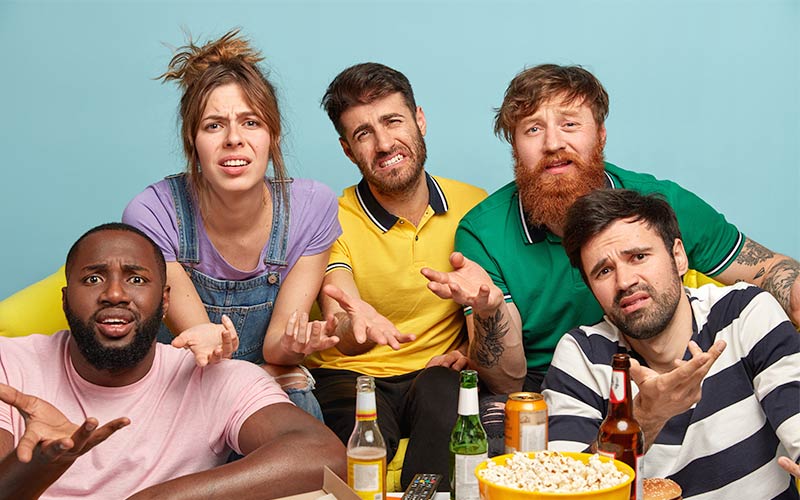 I can understand why a free app would have advertisements in order to fund the development and maintenance of the app.

In fact, this very website uses advertisements. RSSCloud.org is free to access, but it costs money to maintain a resource like this, and our advertisers help to cover the costs while also allowing us to compensate our writing and research staff. But we don’t charge a subscription, in fact we don’t charge our readers anything – ever!

But in the case of Hulu, you have to pay money for a Hulu subscription and there’s ads. Which has a lot of people, myself included, wondering why does Hulu have ads even thought I pay?

Why Does Hulu Have Commercials?

Hulu used to have a free option that was funded by commercials (kind of like the website you’re reading right now), however that option was removed. Even after getting rid of their free accounts and switching to various tiers of paid accounts, Hulu still kept the advertisements.

So, at that point, anyone who was getting Hulu with ads for free was now paying a fee for it. On top of that, the membership tier that had people paying for an ad-free experience now has ads unless you pay quite a bit extra to return to the ad-free experience that used to cost you only a few bucks per month.

But it is what it is, Hulu must have done the math and determined that the advantages of showing ads outweighs the amount of frustration that their customers will experience.

How To Watch Hulu Without Ads

If you want to continue paying for Hulu and enjoying an ad-free experience, this is still possible.

For about double the price of the ad-supported version of Hulu, you can register for an ad-free Hulu account.

That’s the only way to watch Hulu without ads. You have to pay more for the ad-free version. Is it worth about $6 per month extra to avoid any ad breaks while watching movies and TV shows on Hulu? That’s up to you to decide! Some people still enjoy commercials, believe it or not! Here’s a Hulu review by Cnet which can also help you determine if this service is a good fit for you.

Note that even if you purchase an ad-free Hulu account, certain programs will still have ads that run before and after each episode. As such, if you’re watching certain shows, you’ll still gets ads – even if you buy an ad-free account! That’s the fine-print that really annoys people.

Why Am I Seeing Commercials on Ad-Free Hulu?

The reason you’re seeing commercials with an ad-free Hulu subscription is because certain shows have ads that run before and after each episode. Even if you have the higher-priced Hulu account that is advertised as “ad-free”, the fine-print says that you’ll still see advertisements and commercials in front of certain shows.

And there’s nothing you can do about it, other than cancelling your Hulu account and letting them know that you’re upset about seeing commercials when you pay extra for a no-commercials membership to Hulu.

Maybe if Hulu gets enough feedback from people cancelling or downgrading their accounts, they’ll change their minds about showing ads to people who pay for ad-free accounts – but who knows!

The real calculation that you need to make is whether it’s still worth it for you or not. With an ad-free Hulu account, you’ll still avoid seeing the vast majority of ads, including commercial breaks that interrupt your shows. You’ll just get some ads that run before episodes of a select number of shows, but most of your viewing will still be ad-free.

It’s almost as if Hulu is constantly pushing the boundary of how many ads their customers are willing to accept.

It was easy to accept the ads back in the day when Hulu had a free membership for people who were willing to watch ads. However, once it started to cost money for the ad-free version, and you still gets ads, it gets a little harder for people to not care.

So, Why Does Hulu Have Ads on Their Ad-Free Subscriptions?

Because they can, and because they’ve come to the conclusion that there’s a certain amount of ads that enough people will accept. By hitting that sweet spot, Hulu is able to minimize the number of members who cancel their subscriptions over seeing ads on ad-free memberships, while still maximizing the amount of money they can make by showing more ads.

There are certainly some people who have cancelled their Hulu memberships in response to:

But Hulu likely calculated that the number of people who will cancel is something they’re willing to accept in exchange for being able to show more commercials.

Presumably, not a ton of people are cancelling their memberships over having to see commercials before certain shows, since it’s still better than having a show or movie interrupted part way through for a commercial break.

Why Does Hulu Have Ads? The Answer is Simple…

Hulu has ads so that they can promote their own programs, along with promoting various products or brands that pay to purchase ads on Hulu.

It’s expensive to run a streaming service, even if Hulu is able to get a lot of content from their parent companies. But does that justify Hulu showing ads even when you pay for your account? That’s something you’ll have to decide on your own.