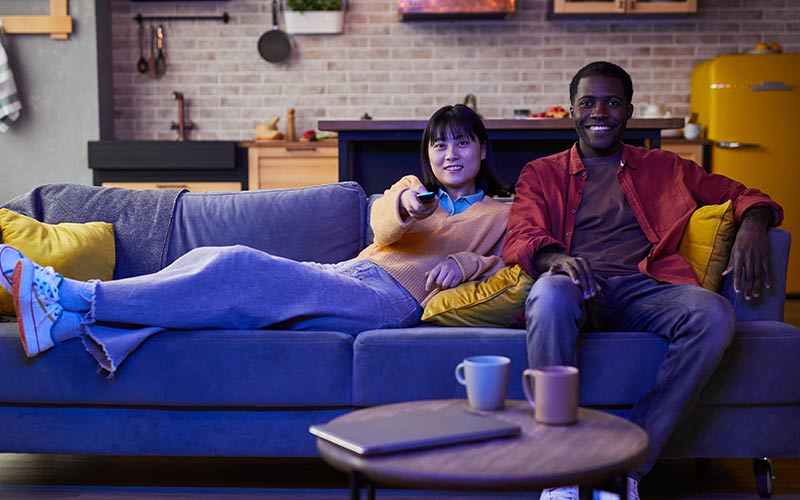 Have you ever found a show you wanted to watch on Hulu, only to select it and see that there’s a lot of episodes that aren’t available? This can be confusing, right?

You might be thinking to yourself “I pay for Hulu, why am I missing out on all of these episodes? I thought they had this show in their library?”

It’s annoying, and there are a few different reasons why Hulu will only have some episodes of certain shows. Here’s what you need to know…

Why Does Hulu Only Have Some Episodes?

Hulu only has some episodes due to streaming licenses and a rolling availability of episodes.

There are a variety of reasons that Hulu won’t have the complete series of a television program, here’s a breakdown of them.

Streaming Licenses and Restrictions Are Why Episodes Are Missing From Hulu

Just a few years ago, Netflix was the only real game in town when it came to streaming and they were able to license all sorts of shows. Many studios and companies that owned shows didn’t have their own streaming services yet, so they were pretty eager to hand over the rights to older shows that aren’t even airing anymore, especially once people stopped buying shows on DVD.

But, as streaming grew, and more studios and networks started getting their own streaming services or partnering with other services, licensing became more restrictive and competitive.

Also, in some cases, certain seasons of a show may have aired on one network and then been picked up by another TV channel later on. In these cases, licensing for streaming services can be really tricky, and that’s one reason that you’ll see a show where certain seasons aren’t available.

There could be a season missing near the start of the series, or a later season. In some cases, such as Better Call Saul on Netflix for example – they’ll get the whole season, but it won’t be available until some time later, usually once the current season has finished airing on TV.

When a new episode gets added each week, the oldest one rolls off, and you’ll no longer be able to access or watch it. This gives you 2-3 weeks to watch each new episode, before it disappears. But it’s still much better when you can watch an entire series at once, like if you want to binge watch a show.

Rolling episodes on Hulu is still better than traditional cable TV where you have to see the episode live otherwise you miss it, but rolling episodes are still a step behind Netflix or other streaming services where you can watch an entire series.

The advantage to rolling episodes is that these are shows that have brand new episodes being released each week, whereas with Netflix and other streaming services that have an entire series (including Hulu in many cases), you usually have to wait until the entire season has already aired before it hits streaming.

In the examples outlined above, rolling episodes on Hulu mean you can watch the show sooner than you had to wait for every episode to come out before you could stream it. And that’s good! You just need to make sure you’re not falling too far behind and missing episodes.

Sometimes, the license that Hulu has for a TV show will expire, which means they can’t show episodes of it anymore, unless they renew the license at some point in the future.

There’s nothing you can really do about this other than to try to find out if the show is being added to a different streaming service or if there’s another way that you can watch it.

It’s always rough when this happens when you’re party-way through a show, too, because all of a sudden a new month rolls around and the show you’ve watching for weeks, months, or even slowly for a year is suddenly not available to stream on Hulu anymore.

Hulu is owned by the Walt Disney corporation, and Disney also has their Disney+ streaming service now, too. If there are shows on Hulu that are produced or released by companies that are also owned by Disney, then there’s probably a greater chance that they won’t be disappearing off of Hulu any time soon – but you never know – licensing stuff can be really weird!

If you’re looking for something that’s happening live and you can’t see it on your Hulu account, it could be that there’s a blackout. Sometimes, with sports for example, a certain event or game might not be available to people who live in the city where it’s taking place.

These blackouts exist to encourage fans to subscribe to more expensive cable packages, to encourage them to purchase tickets to watch the games, or because of various other licensing issues that can arise with sports or other live events.

When it comes to these restrictions, there’s really not much you can do. You could try logging-in using a VPN, which can make it seem like your connection is originating from a different city, but this won’t always work because the service could use your billing address as an indicator where you’re from.

Why Does Hulu Only Have Some Episodes?

The above information details why Hulu only has some episodes of certain shows. This is a common question that people have, because when you want to watch a TV show on Hulu, you don’t want to find out that only certain episodes are available to you.

One of the most common reasons is that they have some shows on a rolling episode basis, where only the few newest episodes can be watched at any given time. With these shows, you just have to stay on top of it.

Whatever the reason is, it doesn’t change the fact that you can’t watch the specific episodes that you want to watch, and this is a growing issue with streaming services, especially with how it seems like new ones are showing up every year. In any case, that’s why Hulu only has some episodes.