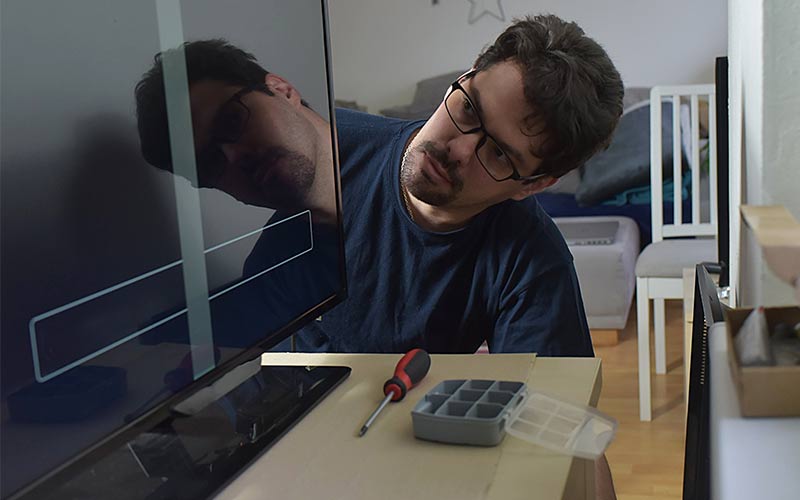 The Hulu streaming service has always been one of the more affordable streaming platforms overall, including when it used to be free. Now, you have to pay for Hulu, but you can pay a bit less if you have the ad-supported version which means that yes – you’ll see commercials when you stream through Hulu.

One of the issues with the ad-supported version is that sometimes, the ads themselves can cause various types of Hulu glitches. People are already annoyed about seeing ads on a service they pay for, and then running into tech issues.

Also, there are sometimes glitches that just stop the Hulu app from working on certain devices until there’s an update issued, for example Hulu Not Working on Samsung TV out of nowhere. These things usually get fixed with a software update.

Why Is Hulu So Glitchy? It Comes Down to Perception

As outlined above, people are already a bit on-edge with Hulu when they’re seeing commercials while streaming their favorite shows, since people aren’t used to this if they have Netflix. Hulu costs a bit less than Netflix, but the ad-free version of Hulu is more expensive than a Netflix subscription.

Even if Hulu had the same amount of issues as a totally free service, or a paid service that people have a better perception about, they would probably be a bit more annoyed at Hulu since Hulu has ads, and a higher non-ad price than Netflix, and also because Hulu used to be free on their website.

Does Hulu Actually Have More Glitches Than Other Streaming Apps?

It’s hard to quantify since a lot of glitches go unreported, or some glitches might be over-reported in the sense that people are more likely to talk about them if they’re already kind of annoyed at the app, as opposed to an app they really like where they might just deal with it, or wait for the glitch to sort itself out.

Here are some examples of other streaming apps getting coverage in the media for their glitches:

Another thing to consider is that certain outlets or sites might be more willing to point out glitches in some apps that others, for example if they were sponsored by a certain streaming service. We’re not making any accusations of this, it’s just something to keep in mind.

At the end of the day, it doesn’t really matter why Hulu is so glitchy, since all of the apps have problems. What matters is that you’re having an overall good experience with an app, that it usually works when you go to stream your shows, and that they keep it up to date and fix problems as they arise.

Generally speaking, Hulu does a good job, they make a good app, and a lot of people are very happy with Hulu as a streaming service.

Why Is Hulu So Glitchy and Is It Even Their Fault?

Sometimes, it’s the user’s fault! Streaming apps don’t always want to come right out and say this for fear of offending their users, but if people are using 15 year old devices and having issues streaming with the latest streaming apps, there can be problems and you can’t really blame Hulu for not keeping their software in the dark ages to be compatible with every old device.

There are a lot of things that can cause Hulu to seem glitchy that actually aren’t Hulu’s fault at all, so while asking why is Hulu so glitch, take a moment to consider the other issues that could be causing these glitches like old devices, poor internet connections, outdated software, and more.