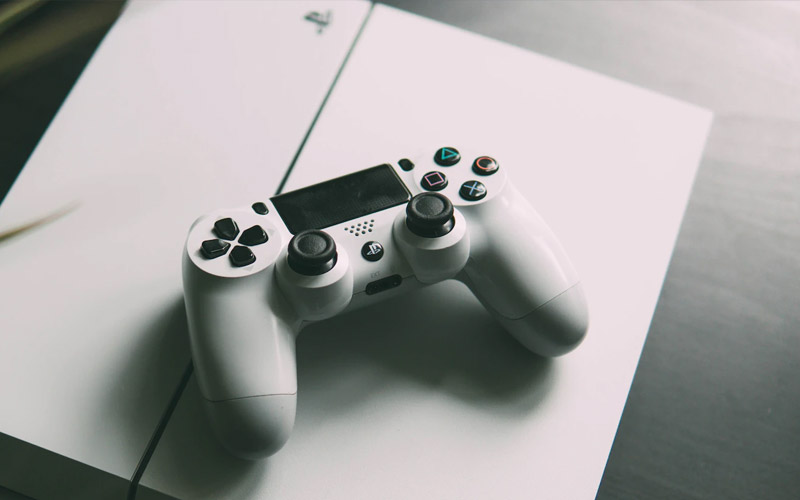 Is your PS4 shutting off randomly by itself? Are you tired of losing your game, or losing your save point, or getting kicked out of online lobbies?

The good news is that this might be an easy fix. We’ll go over the easiest ways to fix a PS4 that keeps turning off, and we’ll help you diagnose what’s wrong with your console. We’ll help you try the easy fixes, and then if those don’t work, you can move onto some of the less-easy fixes.

Either way, by the end of this page, we’re going to do our best to cover every single thing that could be causing this problem and pointing you in the right direction to diagnose and fix your PS4.

Even though it’s not the newest model of Playstation, it’s still worth repairing a broken PS4 – especially when it’s just something minor that’s causing your PS4 to turn itself off.

6 Ways to Fix PS4 Keeps Turning Off By Itself

If your PS4 is turning off randomly, the first thing you should try is this…

How to Fix: Make sure that your power button is clean of any debris, grease, etc.

If you have a PS4 Pro or a PS4 Slim, there is a physical button that you press to turn the system on. On other models of the PS4, there’s a touch-sensitive button that doesn’t physically move when you press it.

Take a moment to wipe off the button and make sure it’s clean. Sometimes, a smudge or a bit of dirt over the button can cause it to act erratically.

Just take the sleeve of your shirt and give it a wipe, you can use a drop of water but be careful with liquids anywhere near your console.

If one of the cables connecting your PS4 to a power source or to your TV is just slightly out of place, it’s possible that this could be causing your problem.

You’ll want to ensure that all of your cables are firmly in place. If there’s a cable that’s just slightly loose, it could be that it’s losing its connection and turning off the system. This isn’t the most likely thing, but it’s one of the easiest things to check – so it’s worth a try.

How to Fix: Make sure that your power button is clean of any debris, grease, etc.

A common cause of a PS4 shutting itself off is that the console is overheating. If your system gets really packed with dust, it can cause issues with airflow and your console’s cooling system. The fans can stop spinning, which prevents airflow, and then the system will overheat.

When a system overheats, it can actually get hot enough to de-solder parts of the circuit board, which causes it to shut off. Then, once it’s cooled down and the solder has a chance to re-form, the system will work again – until it gets too hot.

Also, if you keep your console on a carpet, that can also cause heat issues. Pet hair and other debris in the area is also bad for the console.

Finally, if your PS4 console is located inside a cupboard or in any enclosed space where it’s not getting proper airflow, that will almost certainly cause it to overheat and turn itself off.

How to Fix: Go to SETTINGS, then SYSTEM SOFTWARE UPDATE, then UPDATE NOW.

This is another unlikely solution but it might work! Updating your PS4’s software can potentially improve performance in certain areas, and help address various bugs that could be causing the PS4 to turn off.

This will only work if your system stays on long enough to initiate the update. If your system is turning itself off immediately when you power it on, you won’t have a chance to get to the update.

Before you start your idea, try pointing a fan at your PS4 and also doing the update after it’s been sitting off for a while. The purpose of this is to ensure the system is as cool as possible, as to not overheat during the update.

Here’s some additional information about updating your PS4 directly from Sony.

How to Fix: Open the harddrive cover and make sure it’s properly seated. You can try removing it then re-inserting it into its slot.

It’s possible that your harddrive isn’t properly connected, which could be the reason the PS4 is shutting off. This is another unlikely thing that could be causing your Playstation 4 to shut itself off randomly, as this isn’t how harddive issues always manifest themselves.

If you have a spare harddrive, you can try swapping that in place and see if that helps the problem at all.

How to Fix: Open the harddrive cover and make sure it’s properly seated. You can try removing it then re-inserting it into its slot.

If you’re trying to attempt certain fixes, for example the one where you update your PS4’s software, but it’s turning off before you’re able to do that, then I recommend starting your PS4 in safe mode.

Safe mode essentially loads the bare bones minimal software to get the system booted up, and sometimes that’s enough to allow you to update yours system and better diagnose the issue.

Before you attempt anything, it’s always wise to back-up the data on your PS4. In case something goes wrong, this will allow you to restore your system to how it was before.

Doing a factory reset might also help, so that’s something else to consider trying when all else has already failed in regards to a PS4 turning itself off.

The next time you notice your PS4 keeps turning off by itself, try to pay attention to what’s going on. Is the system extra hot, has it been running for a long time, are you using any new software, and so on and so forth? Every little detail can help diagnose the issue.