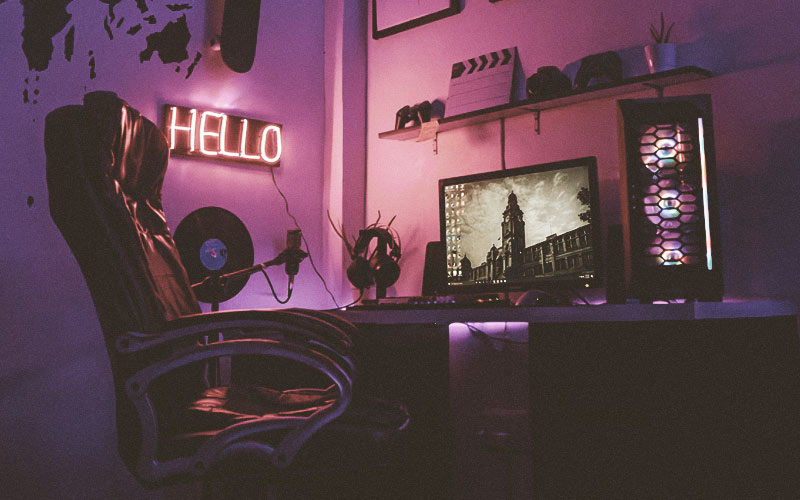 The amount of options we have when it comes to picking out a new computer are absolutely incredible.

There’s so much room to customize things and you can get exactly what you need from a computer. If you’re looking to get a workstation for editing videos, creating content, making music, there are tons of options.

The same is true if gaming is your priority. But how do you choose between a workstation or a gaming PC, and what are the major differences, anyways?

If you’re thinking about getting a more powerful PC and you’re starting to do your research and what-not, but you’re confused about the differences between a gaming PC vs. workstation, then you have arrived on a resource that’s going to help you.

I have built my share of gaming PC’s and put together various workstations over the years, and so I’m going to be drawing from my first hand experience along with exhaustive research on the topic.

First things first, let’s go over the basics about each of these classes of computer. After that, we’ll look at the differences between them, and then I’ll offer some advice on choosing between them a gaming PC or a workstation.

What is a Gaming PC?

A gaming PC is a computer that is built for the primary purpose of playing videogames.

A gaming PC is usually a fairly well-rounded system. Different games will require different specs. Some games rely more on the CPU, but most games lean heavily on the GPU (or graphics card).

Gaming PC’s also tend to have more memory (RAM) than a typical family computer. A workstation with an emphasis on memory-intense processes, however, will have a lot more memory than the average gaming PC.

The goal with many gaming PC’s is to play popular games at high graphical settings. A high framerate like 144hz, a high resolution like 1440p or 4k, and playing with the highest settings are all things that many PC gamers strive for.

The good news is that you don’t need to have every setting maxed out for a game to look and play incredible, you can get a lot of power out of very affordable gaming PC’s.

What is a Workstation?

A workstation is a computer that has been specifically designed and tailored to complete specific tasks.

That sounds pretty broad, and that’s because it is. A workstation can be designed to help render blockbuster films for Pixar, or it can be used by the accountant at a car dealership to run spreadsheets. The goal is to get the maximum performance in the areas where it’s needed.

When choosing a workstation, you will want to find one that excels in the specific areas that your task demands. In a sense, you could that a gaming PC is essentially a workstation that’s geared towards gaming.

A simple office PC for emails and spreadsheets will have very low requirements in terms of specs. On the other hand, a video editing workstation will be a lot more demanding in regards to certain specs.

4 Differences Between Gaming PC’s and Workstations

The best way to decide which of these categories of computers is right for you to look into further is by understand what sets each of them apart from the other. So, with that in mind, here are 5 notable differences between workstations and gaming computers.

4. A Gaming PC Can Handle Most Workstation Tasks

A solid gaming PC is going to be able to do a lot of tasks that were typically done on workstations. Things like video editing will be no problem for a good gaming PC.

If you’re building the gaming PC from scratch and choosing your own specs, you can go for a stronger CPU, a bit more memory, and a better GPU and save yourself from needing a second workstation PC.

On the other hand, a workstation isn’t going to be very good for gaming unless it has a powerful GPU. Some workstations will have that, but it usually won’t be a GPU that’s been optimized for gaming. Many workstations, however, will be woefully inadequate for playing games.

As such, a gaming PC can do a lot of the things a regular workstation can do, but that’s not necessarily the case for a workstation being able to run games well enough to bother.

The more powerful the gaming PC, the more workstation tasks you’ll be able to handle with it. Having said all of this, it really depends on the workstation, and the lines can get pretty blurry.

But unless you’re doing some super ultra high-end stuff, like rendering feature length 3D animated films, you can more than get away with editing YouTube videos and that sort of thing on a decent mid-tier gaming PC or above.

We discussed how gaming PC’s are pretty well-rounded, with the goal of having decent performance from the memory, the CPU, and the GPU.

Workstations, on the other hand, are often hyper-focused on being optimized for one specific type of task. A workstation will be optimized to run software such as Photoshop, Premiere Pro, After Effects, DaVinci, Sony Vegas, Blender, Unity, and tons of other apps for creating things.

All of the above software can still run great on a gaming PC, but at a higher-level, it’s about getting as much performance as you can, and a more powerful workstation means you can get your tasks completed more quickly.

2. Workstations Are Built For Longevity

Workstations should be built with stability in mind. They can be overpowered so they they can manage all of their basic tasks without even breaking a sweat.

A gaming PC is all about pushing performance past the limits. It’s about taking steps to cool it down as much as you can so that you can overclock to squeeze out every last bit of graphics quality while you’re gaming.

A workstation will often be built to last and to run as stable as possible, especially since the productivity can be crucial for businesses and creative studios.

Stability is key for a workstation because a crash can cost you hours of work, and having a render that glitches out in the middle of the night can mean you need to wait another half-day for it to start over and finish.

1. Workstations Can Be Cheaper or MUCH More Expensive

A lower-end workstation for simple tasks is going to be one of the most affordable computers you can come across. On the other hand, a high-end workstation can be orders of magnitude more expensive than the typical gaming PC.

Choosing Between a Gaming PC vs Workstation

Before you pick a computer, you’ll need to decide which category of computer you want. Categories could be things like laptops, tablets, gaming PC’s, workstations, home computers, etc. Today, of course, we’re looking at workstations and gaming PCs.

To make it really simple, if you need a super-powerful task-focused computer to work on high-demand tasks like 3d renders, then a workstation is your best bet.

If you only need a computer for simple tasks and you don’t plan on playing games, then an entry level workstation will be just fine, or even just a regular office/family PC.

And if you plan on playing games? Well, that just leaves one option, right? A gaming PC is the perfect choice if you’re planning on gaming (who would have guessed, right?)

And I just want to reiterate that a gaming PC is also more than enough to handle all sorts of tasks like Photoshop, video editing, writing and compiling software, and a lot more.